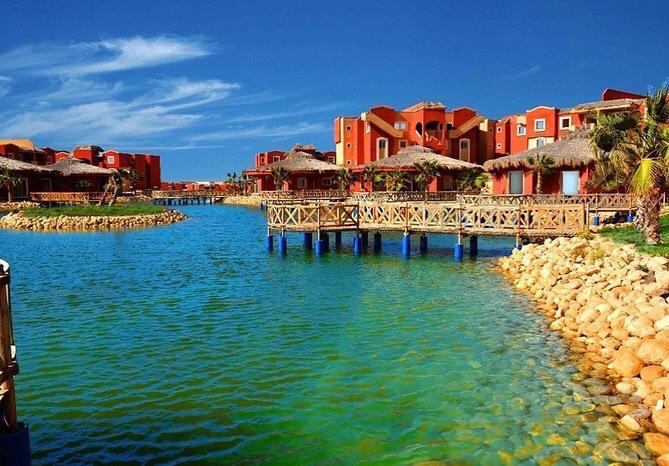 Bungalows are located at km 73 on the Alexandria – Matrouh Road, 10 minutes from the Marina, after Marseilia Beach 2.

The village is located directly on the sea.

Aqua park on the sea

The village was divided into independent chalets and villas, each with its own view of sea views, swimming pools or green spaces.

Chalets with private entrances from 150 m to 155 m, consisting of 3 rooms + bathrooms

As it is considered the highest price for chalets of 2 million and 700 thousand.

As for the prices of bungalows, they start from 3 million 800 thousand.

And about the payment systems: –

You can pay 25% downpayment and the rest over 4 years without interest, and in this case, the receipt will be immediate.

Or pay 10% downpayment and the rest over 4 years without interest, and the receipt will be within one year.

And if you pay in cash, you will get a discount of up to 29%

There is a maintenance deposit that is paid by the system: – 7.5% upon receipt and 2.5% after two years from the date of the contract.

Arabia Real Estate Company is one of the Arabia Holding Group companies that was established more than 28 years ago.

Which consists of several companies working in the field of real estate development, constructions and finishes.

Arabia Holding is one of the largest real estate developers in Egypt, and has more than 22 projects in Egypt, the UAE and England.

Among the most prominent projects in Egypt: –

On the authority of its chairman, he is the engineer “Tariq Shukry” who won the title of “the most committed real estate developer in Egypt” for the year 2012 in a survey specialized in the sector.

If this indicates anything, it indicates the extent to which the company is committed to the deadlines for project delivery.